We are so fortunate at Fairview Estates to be home to the endangered Crowned Crane and they can often be seen grazing near the horse paddocks or in the wetlands on the left hand side just before you enter Fairview Estates through the Strawberry gate.

Growing up to about 1m and having a wingspan of 2m, these birds occur mostly in dry savannah in Sub-Saharan Africa but can also be found in marshes, cultivated lands and grassy flatlands near rivers and lakes in Uganda and Kenya and as far south as South Africa. They are monogamous, mate for life and during breeding season these birds perform beautiful displays of dancing, bowing, running and jumping while making low booming calls that inflate their gular sacs. Their chicks are “precocial” meaning, they run as soon as they hatch!

These cranes are omnivores, and feed on plants, seeds, grain, insects, frogs, worms, snakes, small fish and the eggs of aquatic animals. Stamping their feet as they walk, they flush out insects which are quickly caught and eaten. They spend their day looking for food and at night, they sleep and roost in the trees. Whilst we have only seen about 4 on Fairview they can flock in large numbers of up to 150.

Sadly, they face threats to their habitat due to drainage, overgrazing and pesticide pollution and  their global population is estimated to be between 58,000 and 77,000 and in 2012 they were up-listed to endangered by the IUCN.

So, if you are lucky enough to see them around the farm it’s worth stopping and watching them for a bit. You may even hear them… nope they don’t tweet, they make a loud honking noise. 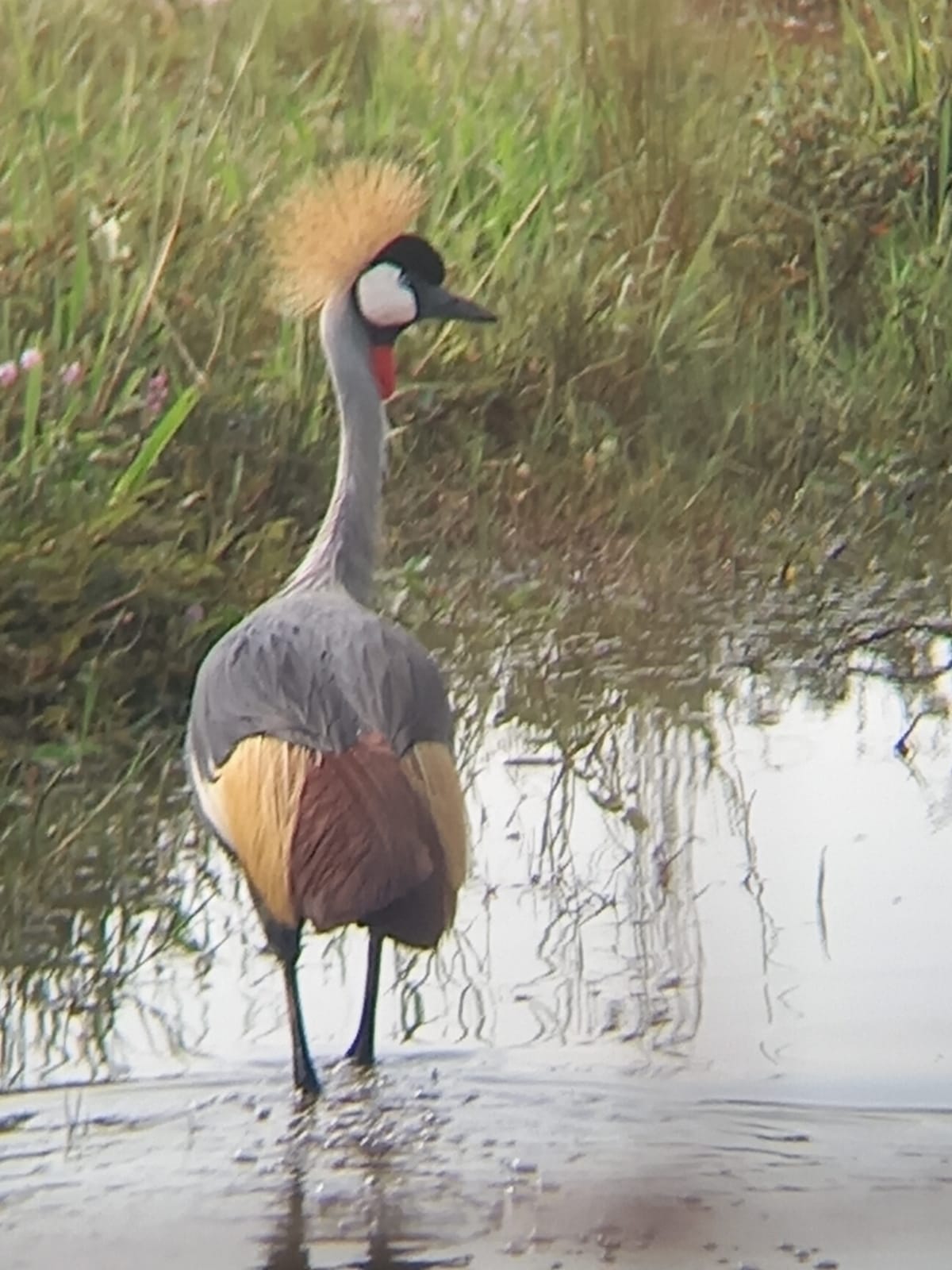