Porcupines are one of the largest rodents in Africa and are best known for their coat of sharp spines, or quills. They are not aggressive animals and will only attack if they feel threatened.

If you are lucky enough to come across a porcupine on Fairview Estates (and not just one of their beautiful quills), then you may witness them in attack mode. They will warn their potential predators by doing the following: stamp their feet, raise their quills, click their teeth, and growl or make a hissing sound. They will also shake their tails to make it thick and stand out more, the quills make a distinct rattle that can be heard from several meters away.

If the attacker is not put off by this clever rodent’s defence tactics and persists to move closer, the porcupine will dash backwards toward the predator, while hiding its face and belly, and try to ram its needle like quills into its paws or face.

The reverse charge is most effective as the quills are directed to the rear. If it’s successful, the quills detach easily and lodge in the skin of the attacker. They do not shoot their quills, but they do become dislodged easily. If they break, they stay in the target who is not able to pull them out.

Next time you come across a porcupine, watch to see if it’s performing its defense mechanism act. 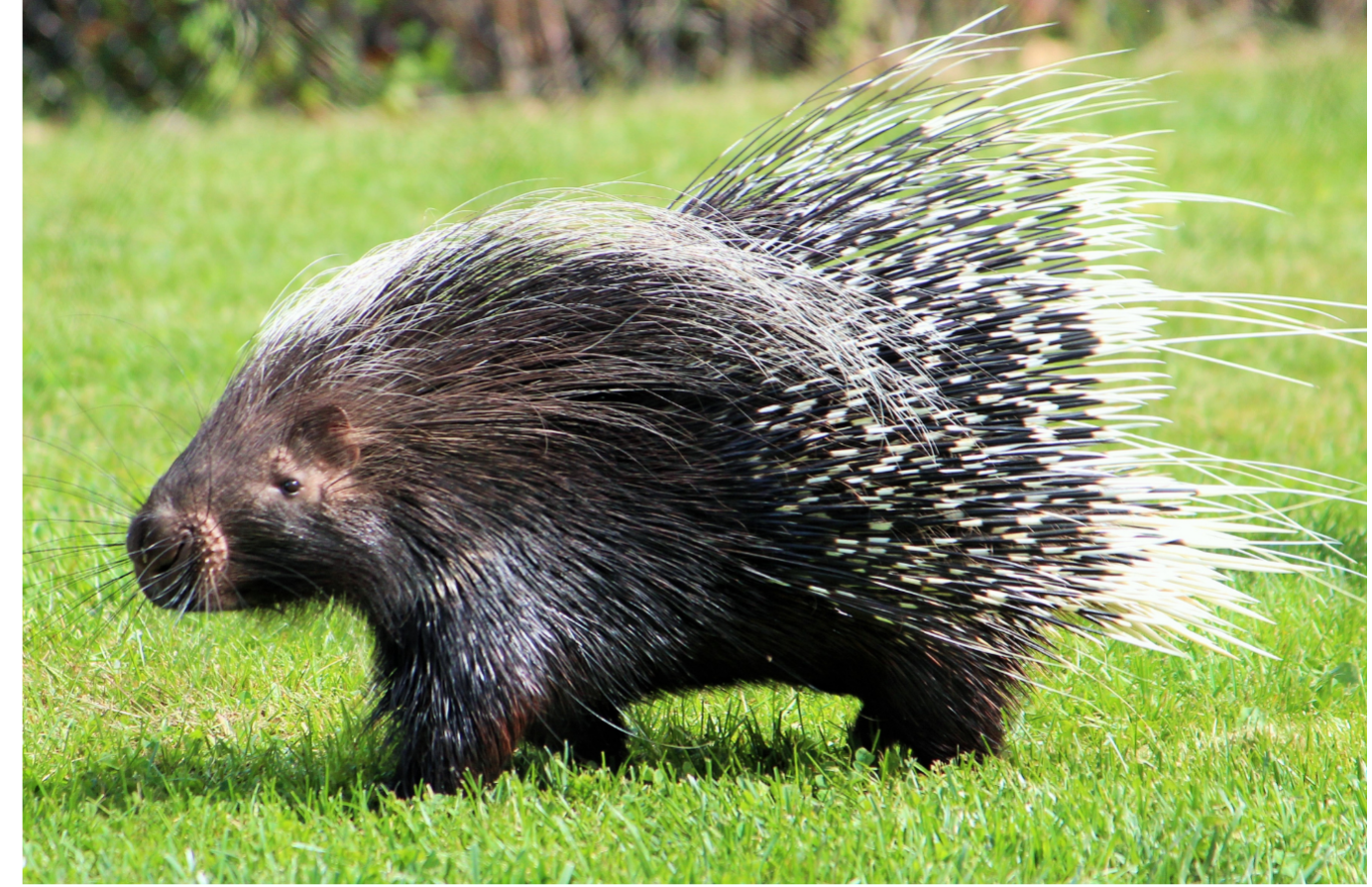